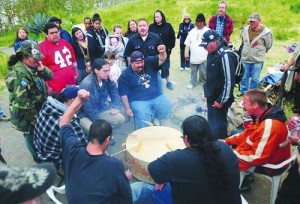 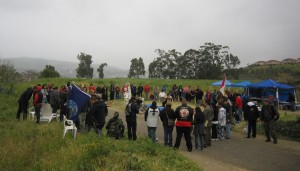 More than 150 people responded to the emergency call for support Monday night – Thank You!

GVRD’s plans to desecrate the sacred burial site have not been called off and we ask all our supporters to please remain on alert. We continue to invite all who will join us in prayer to stand with us at Glen Cove as we continue to work on all levels to protect the ancestors from further desecration.