"Everyone has the right to a final resting place. Our ancestors deserve to have a resting place on their original land without the threat of being removed for the sake of a park."

Sogorea Te, also known as Glen Cove, is a sacred gathering place and burial ground that has been utilized by numerous Native American tribes since at least 1,500 BC. Today, Glen Cove continues to be spiritually important to local Native communities. It is located just south of Vallejo, California along the Carquinez Strait, a natural channel that connects the Sacramento River Delta to the San Francisco Bay. Glen Cove is known as Sogorea Te in Karkin Ohlone language.

Archeologists working for the University of California first surveyed the Glen Cove site in 1907. Since that time, hundreds of intact skeletal remains and cremations have been documented, along with thousands of sacred objects, tools, and other artifacts. Many sacred items and skeletons unearthed at Glen Cove have been stolen by archeologists and are housed in the Phoebe Hearst Museum of Anthropology at UC Berkeley.

The 15-acre Glen Cove Sacred Site is owned by the City of Vallejo and is open to the public as a natural area. A freshwater stream flows through the site and in to tule reeds as it joins with the Carquinez Strait. Much of the inland area is grassland, with native plants such as bulrush and pickleweed concentrated at the waterfront.

A Sacred Burial Ground, Not A Park. 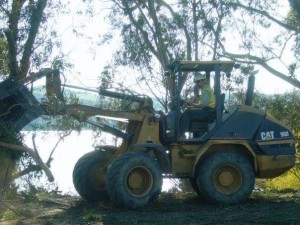 Since 1988, the Greater Vallejo Recreation District (GVRD) and the City of Vallejo have been pursuing the development of the Glen Cove site into a “fully featured” public park. GVRD’s current Master Plan calls for the installation of a parking lot, restroom facility, picnic tables, and construction of additional trails, including a paved trail. It also calls for re-grading of large areas of the site, which involves digging that will further disturb burials and sacred objects. This planned grading includes “capping” known shellmound/burial areas with 12 inches of soil.

The local Native American community has been outspoken for over ten years about the Glen Cove Sacred Site, and the message has been overwhelmingly: do not further disturb and manipulate this sacred burial ground of our ancestors. It is not a park. Spiritual leaders from Ohlone, Miwok, Pomo and other local tribes consider the proposed park development plans to be an offensive desecration of this holy area that has already seen many years of abuse in the hands of settlers. Furthermore, we consider the manipulation of our ancestors’ burial site without our informed consent to be a violation of our human and religious rights.

The Right to Maintain and Protect

The Greater Vallejo Recreational District and City of Vallejo claim that their plans for Park development take the native community in to consideration. On paper, it is diplomatically acknowledged that “sensitive cultural resources” exist at Glen Cove. However, no real effort has been made to involve the local native community in decision-making. Despite years of phone calls, letters, and even demonstrations ending at GVRD headquarters to deliver stacks of petitions, the agency maintains that the wishes of Native Americans regarding Glen Cove are “unclear”.

Steve Pressley, a manager for GVRD states in regards to Glen Cove that “as an agency, we have a responsibility to the public as a whole, and we need to consider all the components, not just the needs of Native Americans.” This attitude side-steps two basic truths. Firstly, the entire Bay Area including Vallejo was illegitimately stolen from the Native people, who now have no land base because our very existence in the present day continues to be denied by the Federal Government in most cases. Secondly, the relationship of local Native people with Glen Cove is fundamentally distinct from that of other members of the public, for Glen Cove is the burial ground of our ancestors. It is one of few surviving remnants of our history on this land, so much of which has already been destroyed or paved over without regard for our people.

Therefore, rather than being one group among many who is considered in deciding the fate of Glen Cove, we assert that the local Native community should rightfully be the lead decision-makers who hold authority in matters related to our Sacred Burial Ground.

The UN Declaration on the Rights of Indigenous Peoples 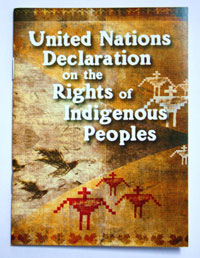 Guidance may be offered by the United Nations Declaration on the Rights of Indigenous Peoples, adopted in 2007, which states:

Stopping any further development is of the utmost importance. 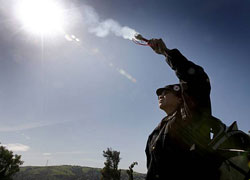 "They want to give us a little area with a cap on top of it and say it’s a sacred site. As indigenous people, we believe our ancestors need to see the sun rising in the east, that’s why they’re always buried facing east, to see the morning star.

They dug up grandma and left grandpa. That’s their ‘compromise.’ There is no compromise on sacred sites and burial grounds.

I ask Indian people across the country to join us and our struggle to stop developers and bureaucrats from destroying sacred burial land and sites. Our ancestors stood up and they killed them and took their land. Now it’s time for us to protect our ancestors how they protected us."

We are asking you to stop and think about how important this area is to our youth and community as a whole. Can you imagine the historical significance of this sacred site, and what this means for our community? It is one of the last remaining shell mounds in the North Bay area, and older than the Pyramids of Egypt.

Please give us your support. Get your signature on our petitions, come to our gatherings and meet the descendants of this sacred place. And most importantly, get the word out. Talk to your neighbors, co- workers and friends about respecting sacred sites and the rights of indigenous people. See our “How to Help” page to learn about more ways to lend support.

1. The sacred burial site at Glen Cove is also referred to as the Karkin (or Carquin) Shellmound, referring to the Karkin language group of Ohlone people whose traditional area encompasses the Cove. To the world of archeology, the Glen Cove site is designated as CA-SOL 326.