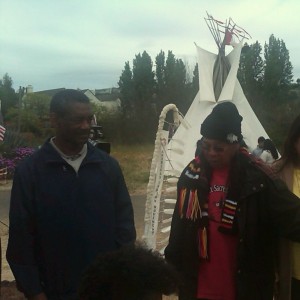 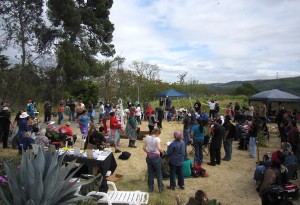 Over 300 people attended today’s Indigenous Peoples Earth Day celebration, in support of the ongoing struggle to protect the Glen Cove sacred burial ground from desecration. Many races and creeds were represented in the attendees, who included Alcatraz Occupation veterans. Vallejo Mayor Osby Davis received a guided tour of the land. News media on the scene were KPFA, KCBS, KPIX, KTVU, Indybay, and the DC Radio Coop.

It was a beautiful day. We are inspired and encouraged that even with short notice and minimal outreach, so many came from near and far in support of this work of honoring and protecting our indigenous ancestors. We send a heartfelt Thank You to everyone who was present, in body or in spirit.