Press Release: A Victory for Protection of Sogorea Te 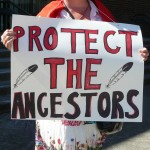 Announcement: A closing ceremony for the spiritual encampment will
be held at Sogorea Te on Saturday, July 30th. Details TBA.

Press Release: After 98 days and nights of a continuous prayer vigil, the
Committee to Protect Glen Cove is pleased to announce a victory in the struggle to protect the sacred grounds of Sogorea Te/Glen Cove.

Yesterday, the Yocha Dehe and Cortina tribes established a cultural easement and settlement agreement with the City of Vallejo and the Greater Vallejo Recreation District (GVRD). The agreement sets a legal precedent for granting Native peoples jurisdiction over their sacred sites and ancestral lands. The cultural easement forever guarantees that the Yocha Dehe and Cortina tribes will have legal oversight in all activities taking place on the sacred burial grounds of Sogorea Te/Glen Cove. It also represents a significant step forward in enacting tribal sovereignty, as the first such easement under CA Senate Bill 18 to be negotiated at the city and recreational district levels.

The agreement’s terms include elimination of the formerly planned restroom facility and relocation of a downsized 2-space parking lot to an area thoroughly tested to confirm that it contains no human remains or cultural remnants.

While the specifics of the deal leave some ambiguity about how GVRD’s park development project can and cannot proceed, the Committee is hopeful that Yocha Dehe and Cortina will use their newfound influence to make sure that the resting place of the ancestors is not further disturbed or desecrated.

“The cultural easement is an important victory, however we are concerned about the lack of specific language that would prevent grading on the western portion of the site,” states Corrina Gould (Chochenyo/Karkin Ohlone.) “We will be communicating this to the tribes and we have faith that they will take all necessary measures to ensure that ancestral remains and cremations are left undisturbed.”

Gould continued, “We appreciate and are humbled by the vast support that we have received in protecting our ancestors. It is our responsibility to continue to do the work to make certain that all of our sacred places are protected.”

The historical and cultural value of the 3,500-year old site has never been disputed and it continues to be spiritually important to California tribes. On April 14th, local Native Americans and supporters began a 24-hour prayer vigil at Sogorea Te to prevent the Greater Vallejo Recreation District from bulldozing/grading a large portion of the sacred site and constructing bathrooms and a parking lot.

Some photos from this evening at Sogorea Te 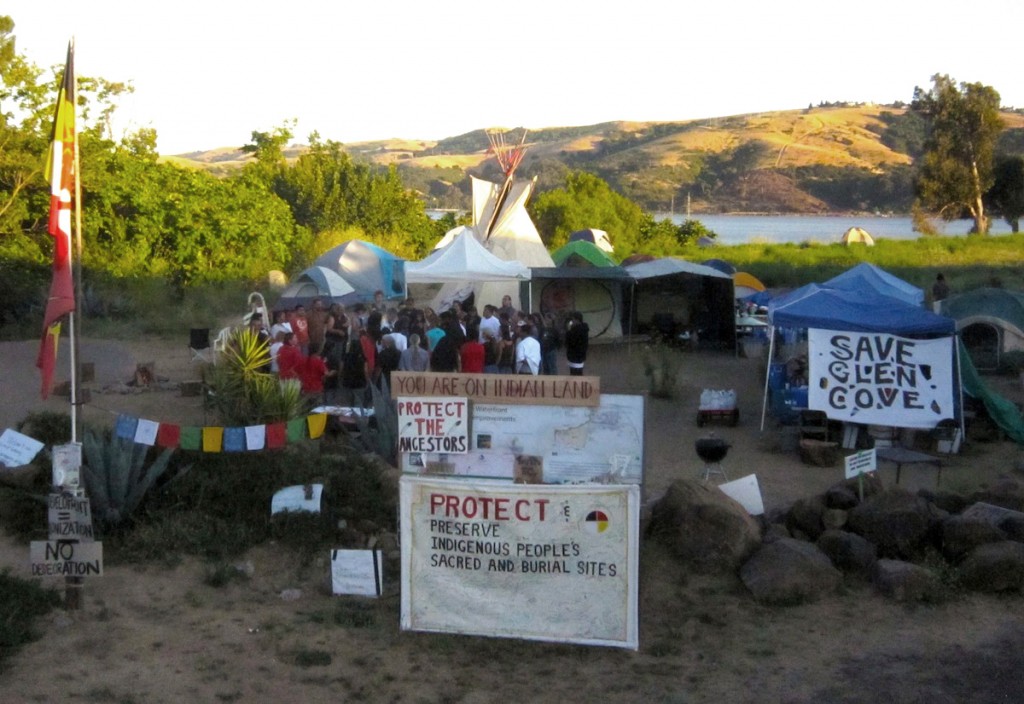 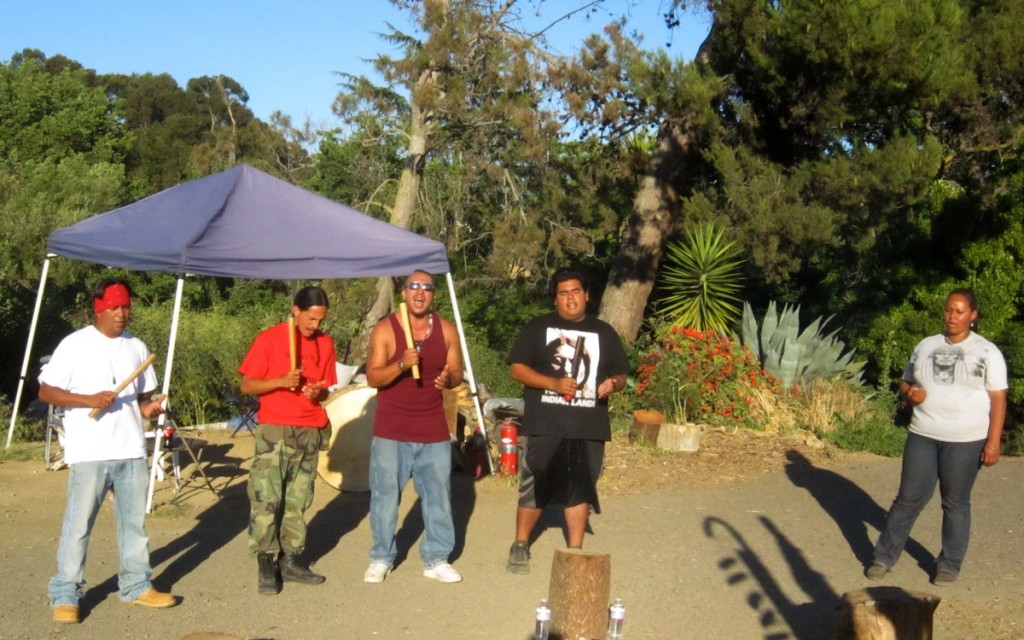 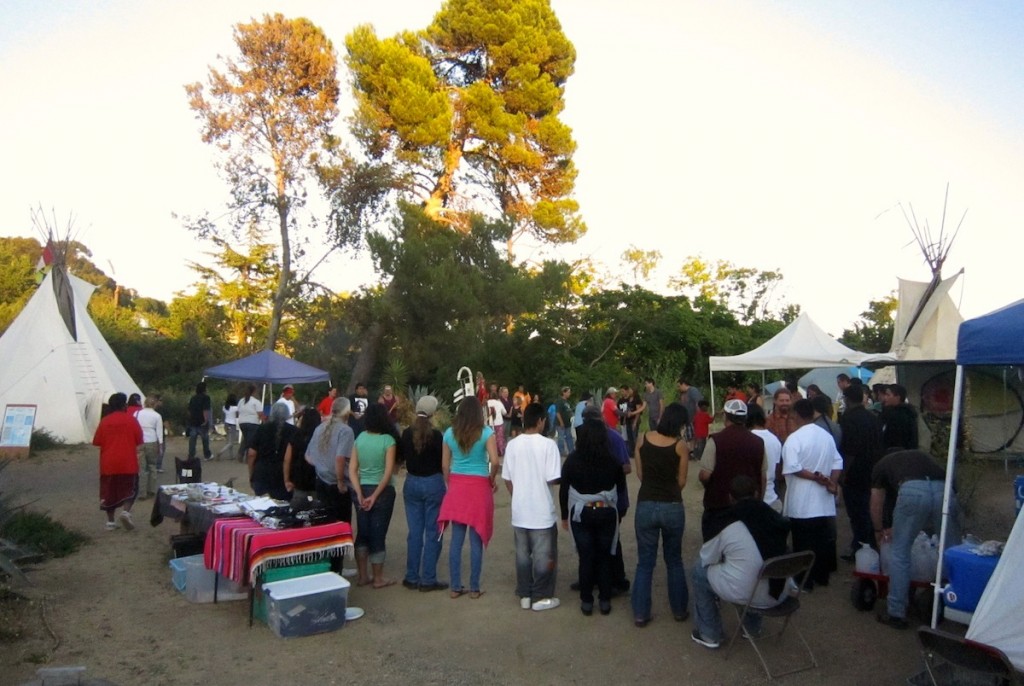 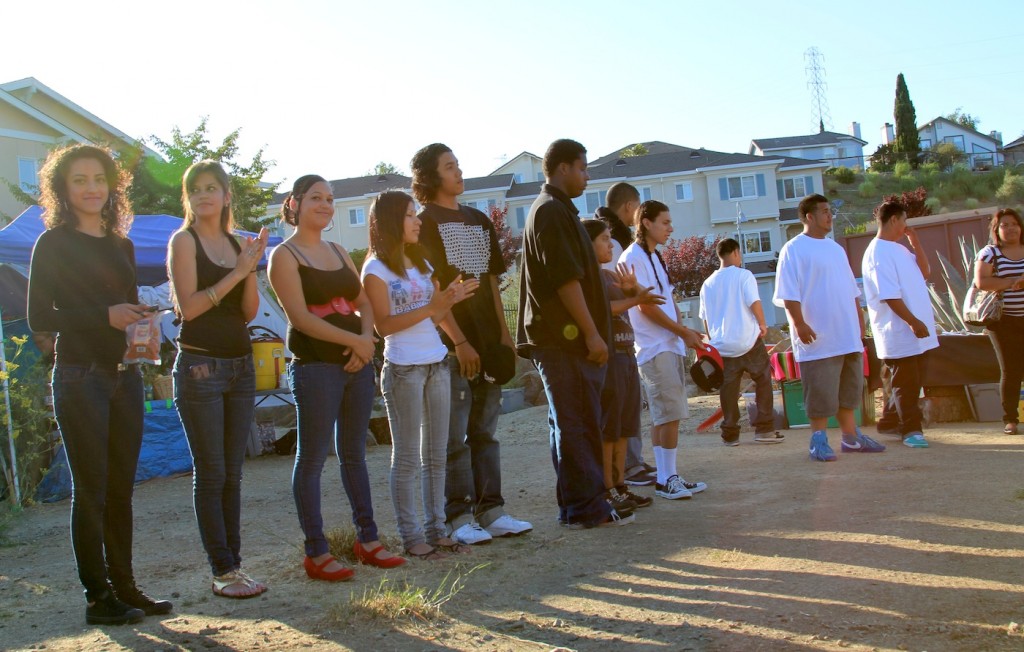 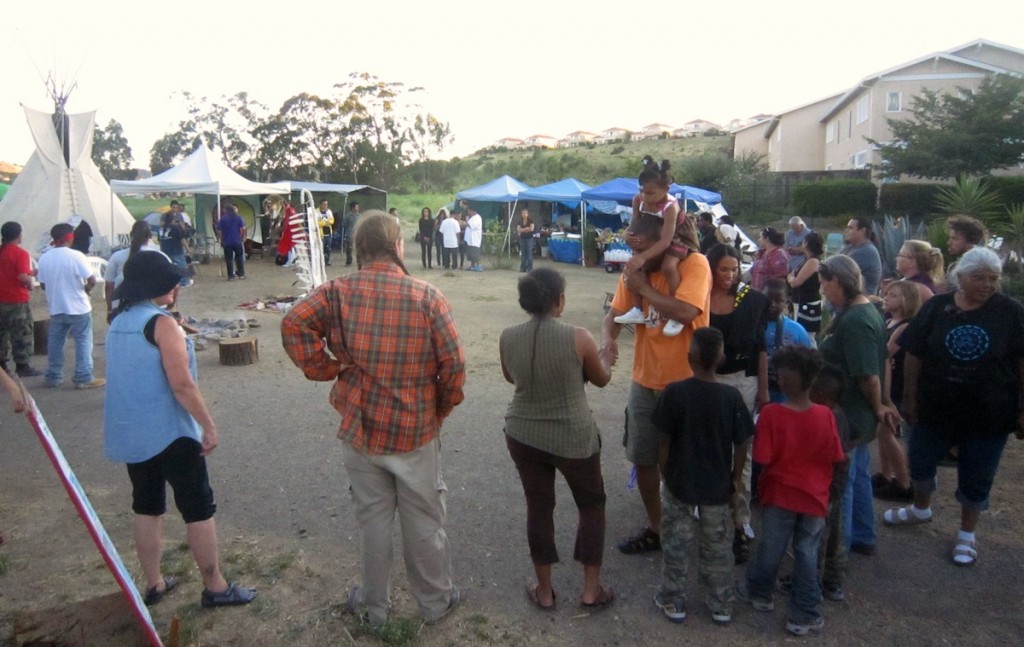 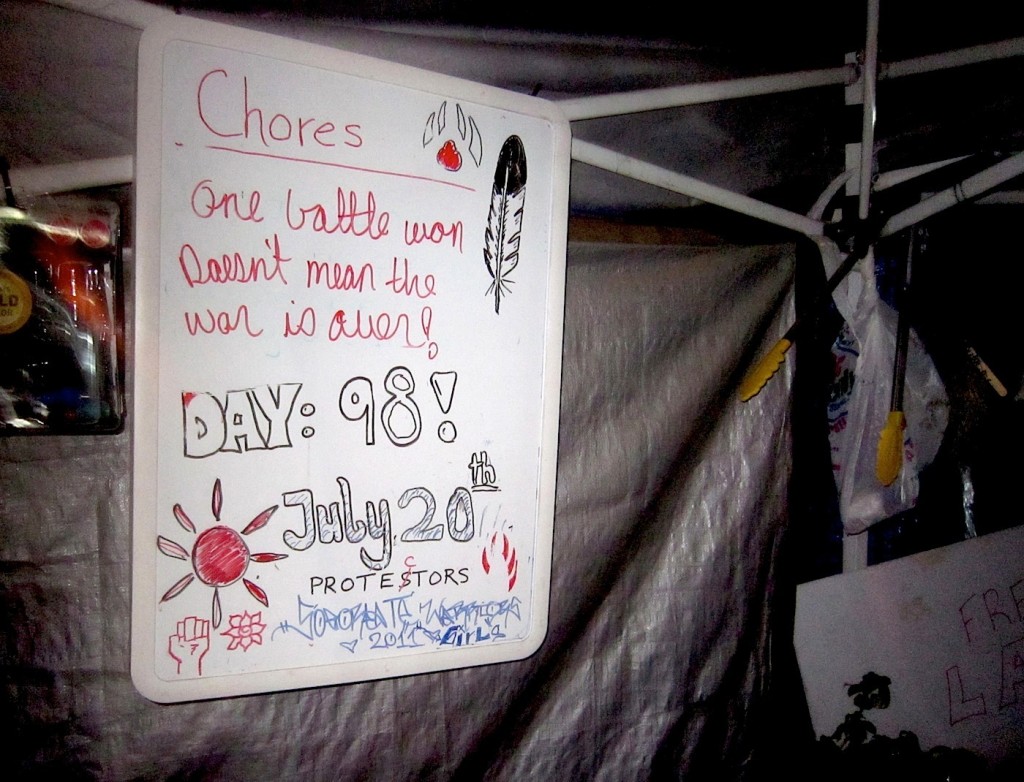 Sogorea Te Warriors 2011: “One battle won doesn’t mean the war is over!”

This entry was posted in Back Pages, News. Bookmark the permalink.

33 Responses to Press Release: A Victory for Protection of Sogorea Te