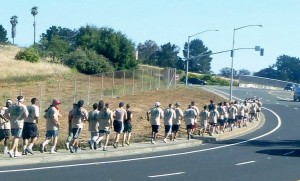 Runners on Glen Cove Road, with Wounded Knee DeOcampo and John Malloy in the lead

On Thursday evening, more than 60 runners
ranging in age from 4 to 84 years arrived at Sogorea Te, as the final destination of the 33rd annual 500 Mile American Indian Spiritual Marathon. The marathon had begun with ceremonies on June 19th (Sunday) in Pit River territory. On Thursday morning, the runners departed from Clear Lake, bound for Vallejo, CA. 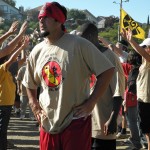 A dozen participants in the prayer vigil at Sogorea Te joined the runners for the final leg of the marathon, which was led by Wounded Knee DeOcampo (Miwok), one of the original 1978 500-mile runners. As the procession of runners swiftly approached Sogorea Te, two long lines of supporters welcomed them, creating a tunnel with their arms that they passed through before circling around the sacred fire and placing prayer offerings upon it. 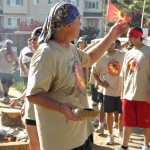 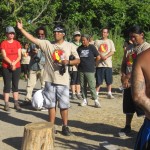 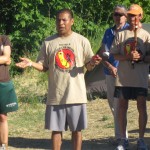 John Malloy, coordinator of the Marathon, warmly addressed the circle of about 150 people, thanking and honoring all of the runners, elders, children and supporters who together made the run possible. He explained that the runners had been training together for much of the past year, and that it has been an honor to work with such a dedicated group of people.

Singers from the ongoing prayer vigil at Sogorea Te then picked up their clapper sticks and shared a series of Rumsen Ohlone songs. Afterwards, the runners were asked to line up, and Fred Short (Ojibwa) and Connie Short presented each of them with a special certificate. After a prayer, dinner was served and the hum of many spirited conversations filled the air.

As the sun set and runners bid one another farewell, the sound of the drum and many voices singing the “Sogorea Te” song echoed across the land. The unified prayers of so many dignified people could be almost tangibly felt.

Some photos from the day: 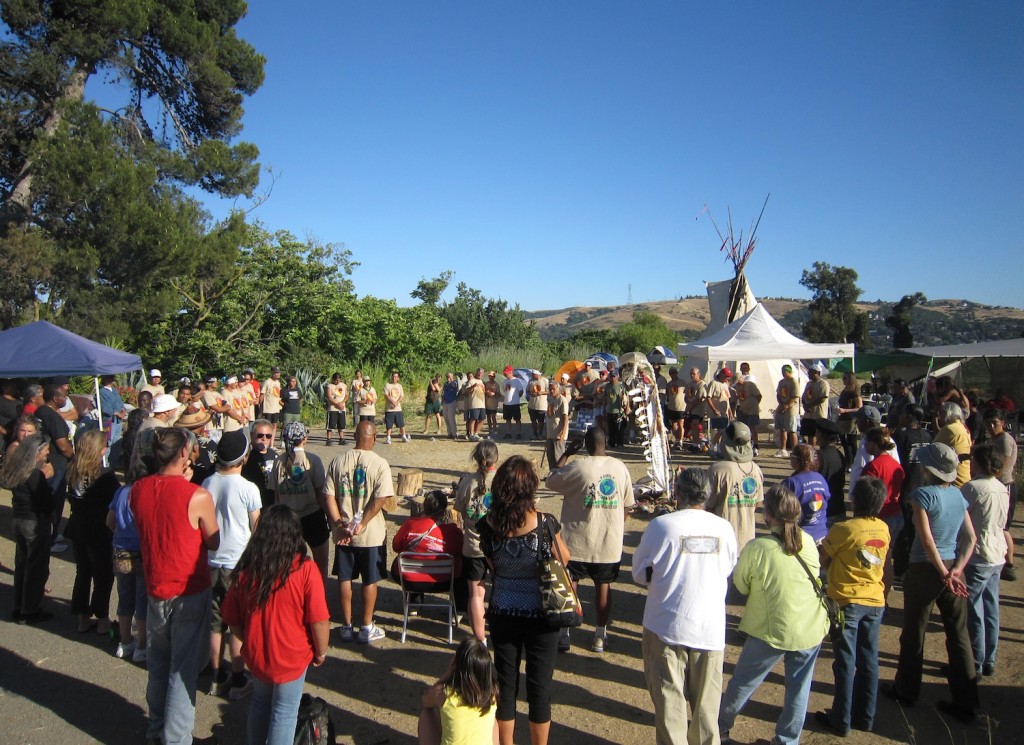 The 500 Mile American Indian Spiritual Marathon’s main purpose is “to carry the message of the sacredness of all life, our relationship to all living species, and of the need to maintain the delicate balance that exists between humankind and our Mother Earth.” 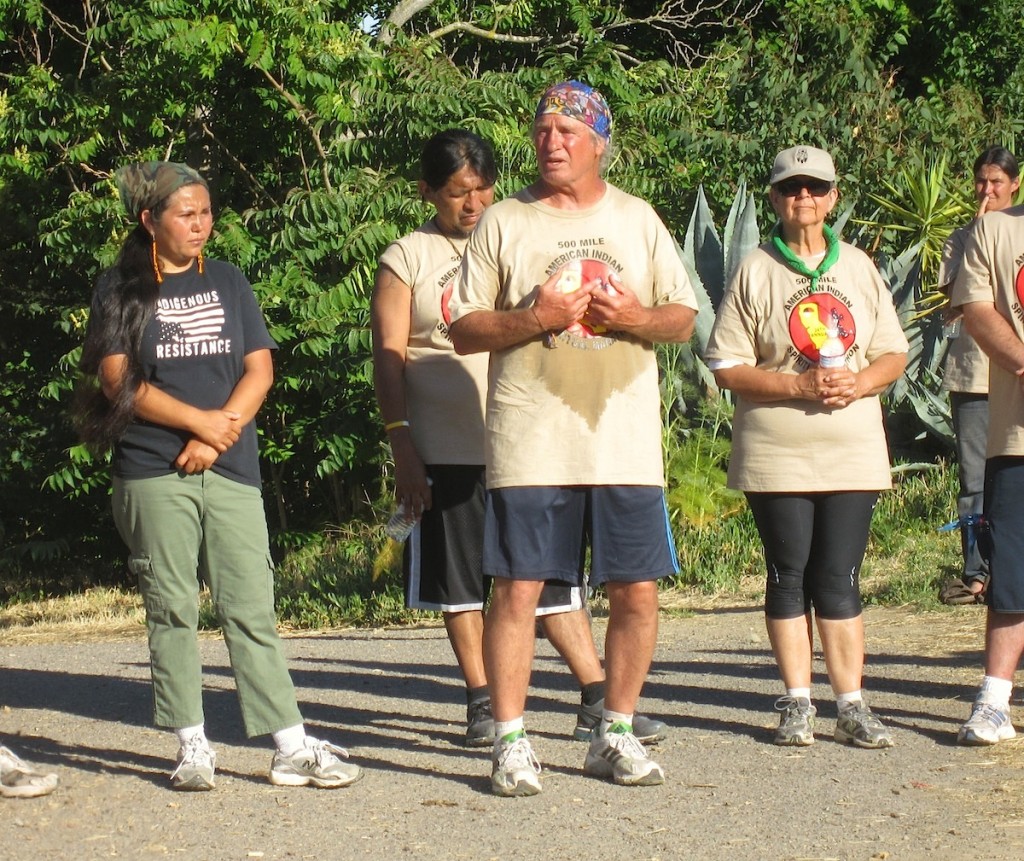 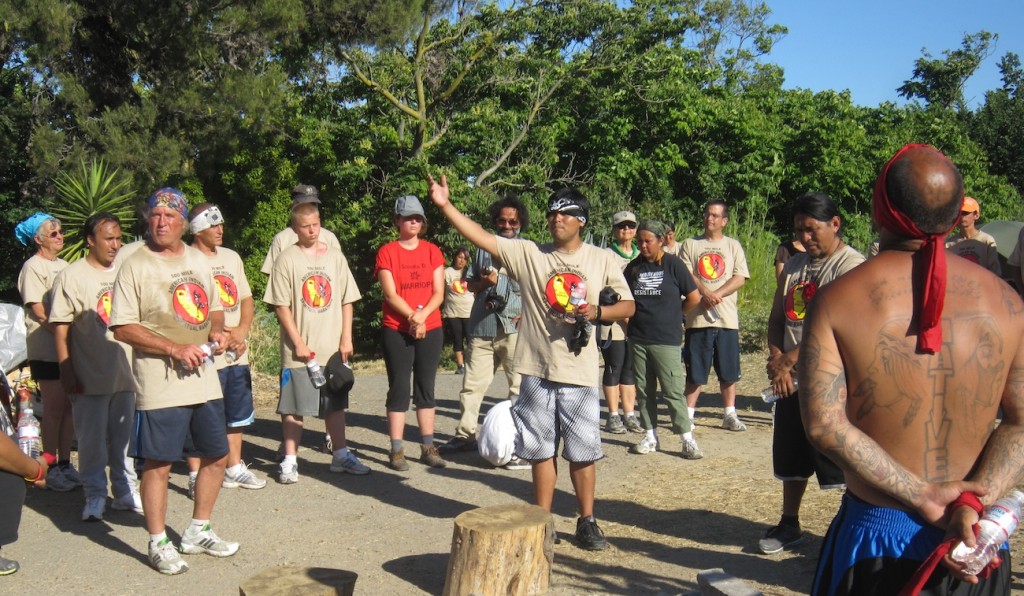 Morning Star Gali (Achumawi band, Pit River) expressing thanks to all the runners. 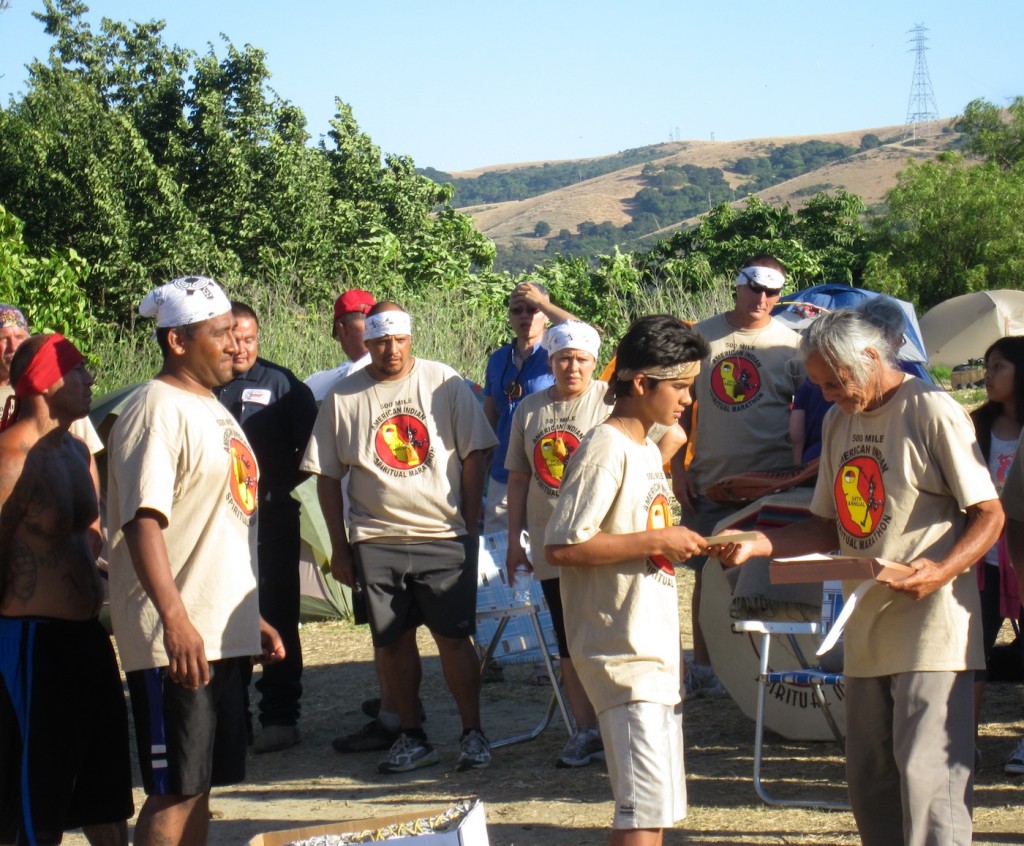 Fred Short presenting a certificate to a young 500 mile runner. 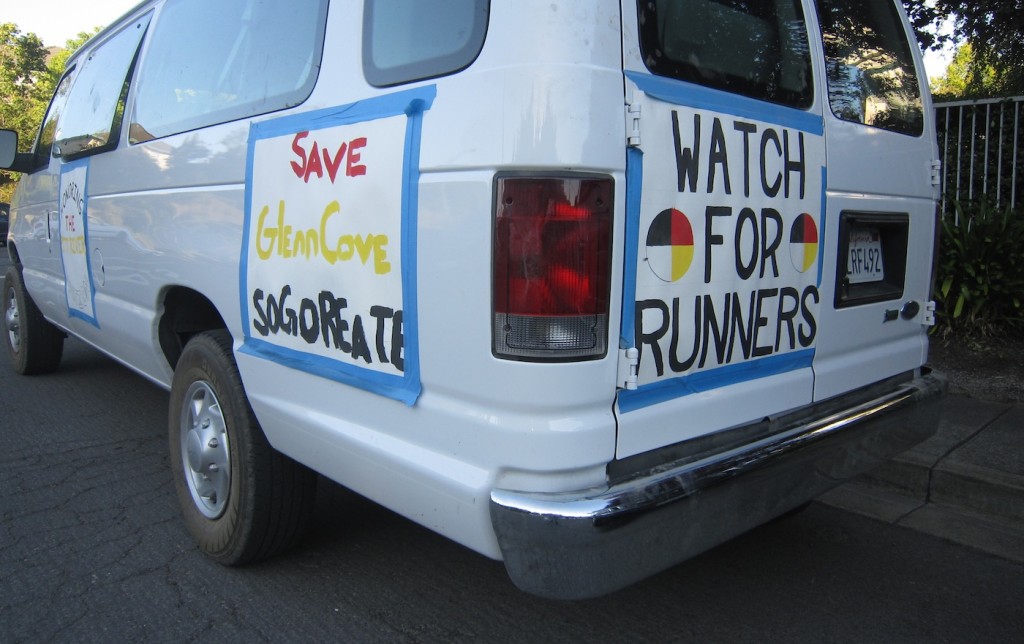 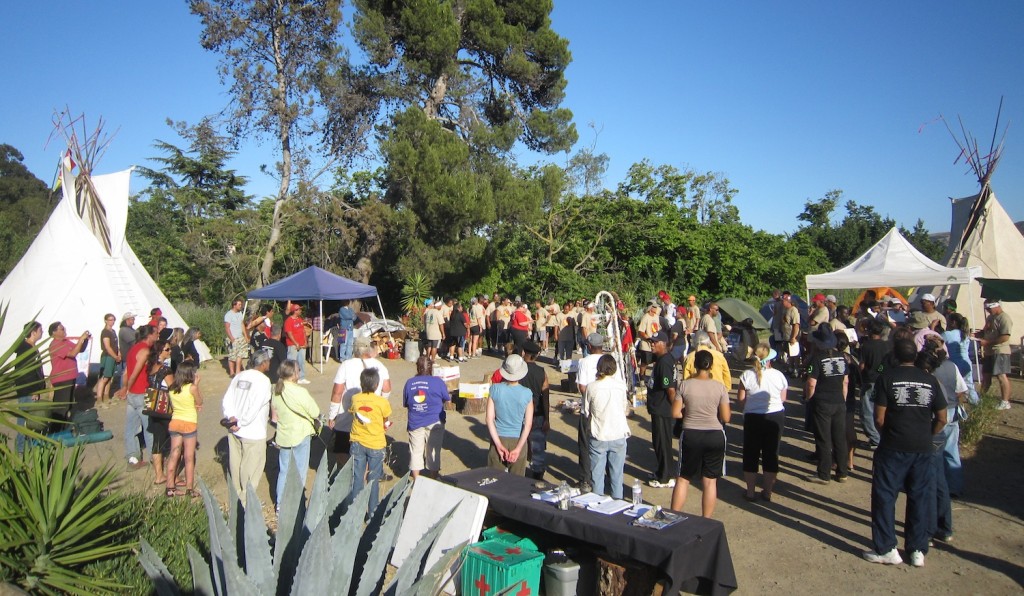 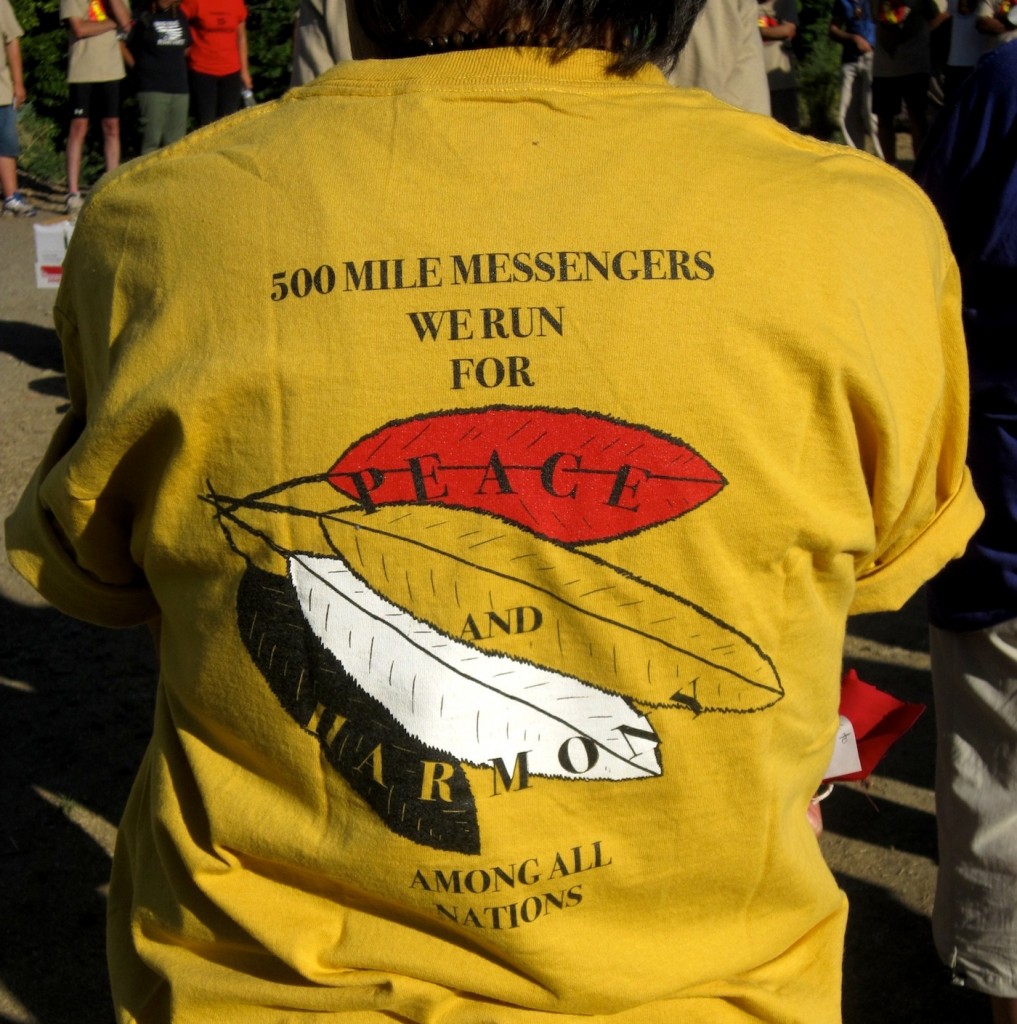 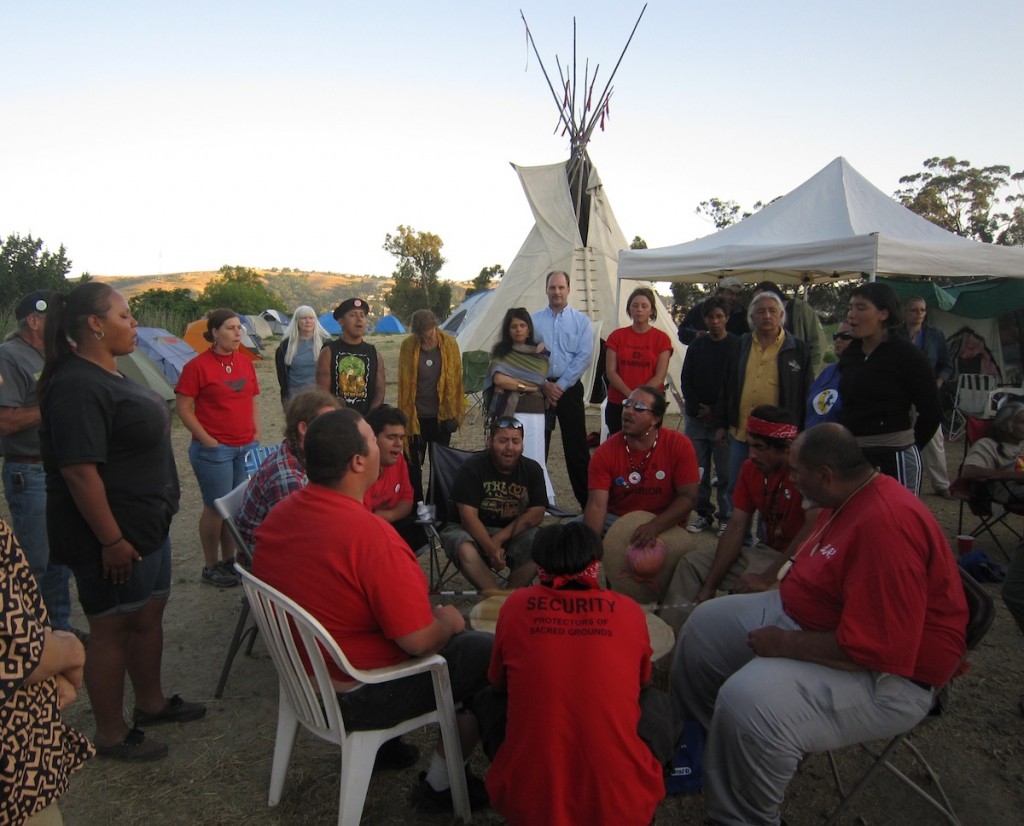 “As the sun set and many of the runners bid one another farewell, the sound of the drum and many voices singing the “Sogorea Te” song echoed across the land.” 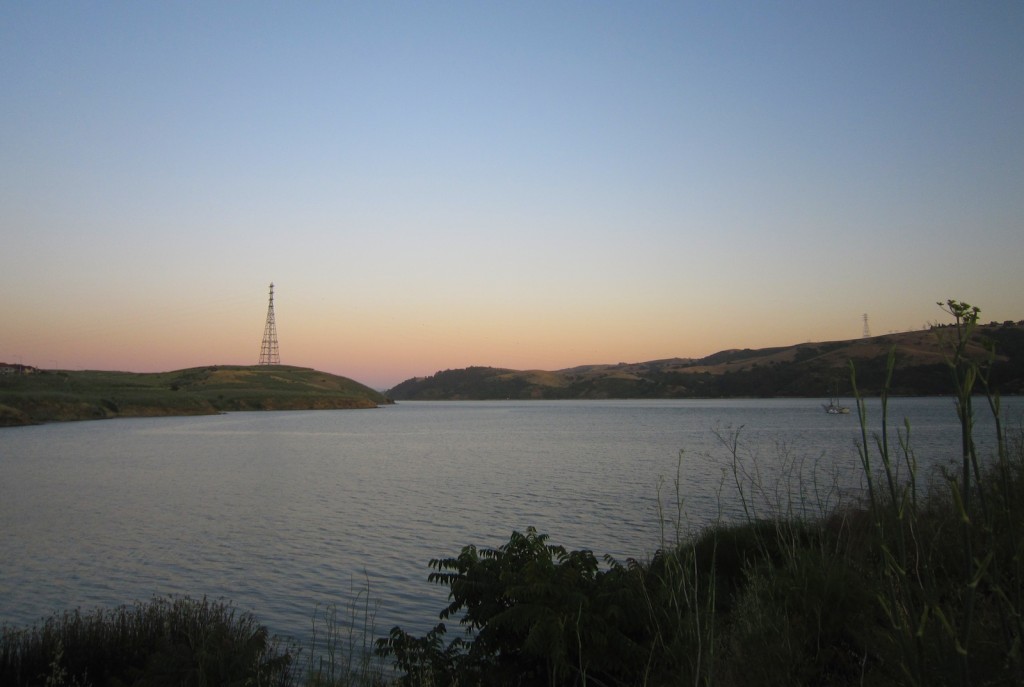