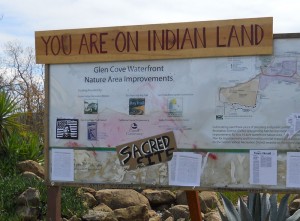 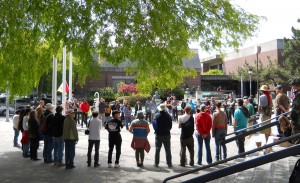 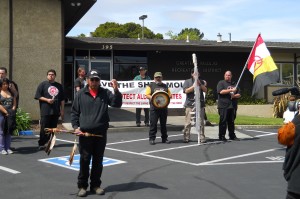 Native Americans and supporters have successfully occupied the ancient burial site at Glen Cove, Vallejo, preventing the Greater Vallejo Recreation District from beginning work that would desecrate the sacred site. Beginning with an early morning spiritual ceremony attended by over 100 people, protesters vowed to block bulldozers and prevent any work that would desecrate the site from taking place. The occupation will continue until there is an agreement to protect the burial site. Dozens will camp at the site tonight.

At 11:30 am today the protesters held a peaceful rally and ceremony at Vallejo City Hall and then marched to the offices of the Greater Vallejo Recreation District.

Last night the United States Department of Justice sent a senior conciliation specialist to Glen Cove to meet with Native American leaders. The Native Americans asked the DOJ to help facilitate a meeting with the GVRD to try to reach an agreement to protect the sacred burial site. It is possible a meeting between the sides, mediated by the US Department of Justice, may occur Monday. The State Attorney General’s office has also become involved after the organization SSP&RIT filed an administrative civil rights complaint against the City and GVRD on Wednesday.

Native American activists and supporters have begun the occupation of Glen Cove as an escalation of their struggle that has been going on for over a decade, since the Greater Vallejo Recreation District (GVRD) first proposed plans for a “fully featured public park” including construction of a paved parking lot, paved hiking trails, 1000 pound picnic tables and a public restroom on top of the 3500 year old burial site.

On Wednesday, April 13th, Sacred Site Protection and Rights of Indigenous Tribes (SSP&RIT), a Vallejo-based community organization, filed an administrative civil rights complaint to the State of California alleging that the City and GVRD are discriminating on the basis of race in threatening to destroy and desecrate significant parts of the Glen Cove Shellmound and burial site, for harming Native Americans’ religious and spiritual well-being, and effectively excluding Native Americans from their right to full participation in decision-making regarding the site.

The history and cultural value of the site has never been disputed. Human remains have been consistently unearthed as the area around the site has been developed. Native Americans continue to hold ceremonies at Sogorea Te just as they have for thousands of years. The Glen Cove Shell Mound spans fifteen acres along the Carquinez Strait. It is the final resting place of many Indigenous People dating back more than 3,500 years, and has served as a traditional meeting place for dozens of California Indian tribes. The site continues to be spiritually important to California tribes. The Glen Cove site is acknowledged by GVRD and the City to have many burials and to be an important cultural site, yet they are moving forward as early as Friday with plans to build a toilet and parking lot on this sacred site and to grade a hill that likely contains human remains and important cultural artifacts.

SSP&RIT have asked GVRD to reconsider their plans to grade the hill and build toilets and a parking lot at the site. 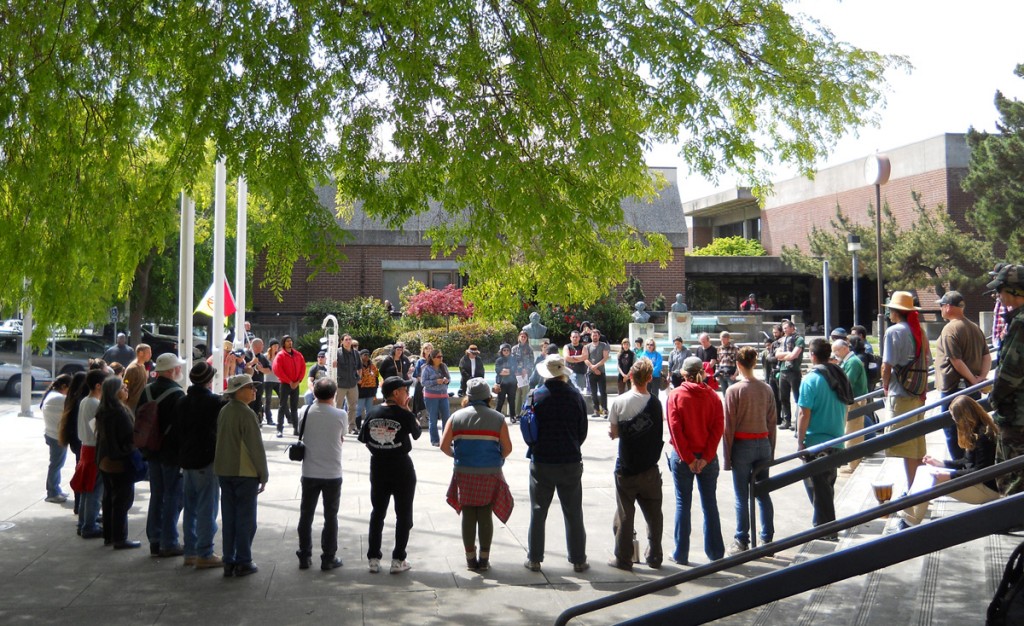 photo: Circling up for a prayer in front of Vallejo City Hall, April 15, 2011 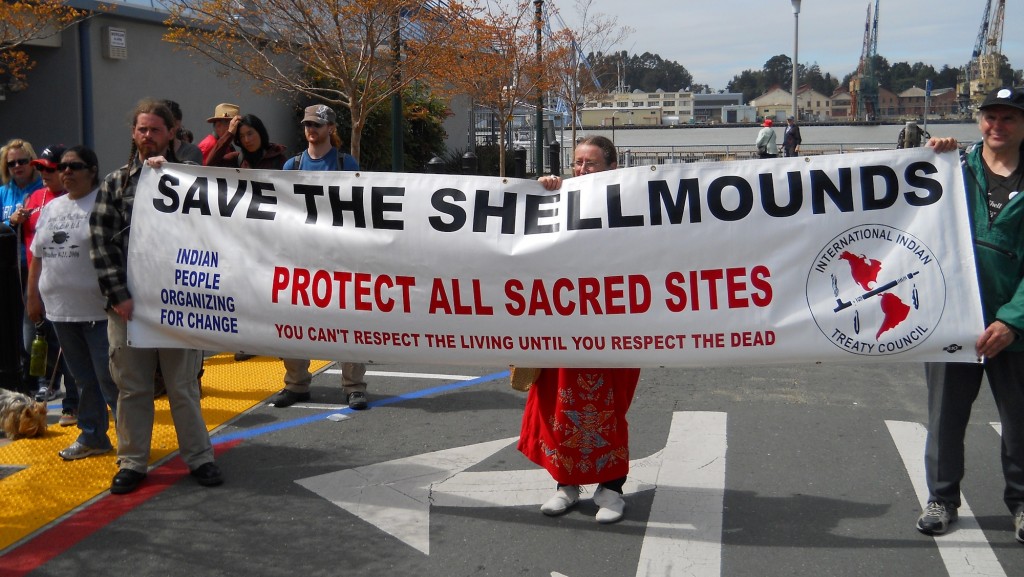